Where is Bali Indonesia? 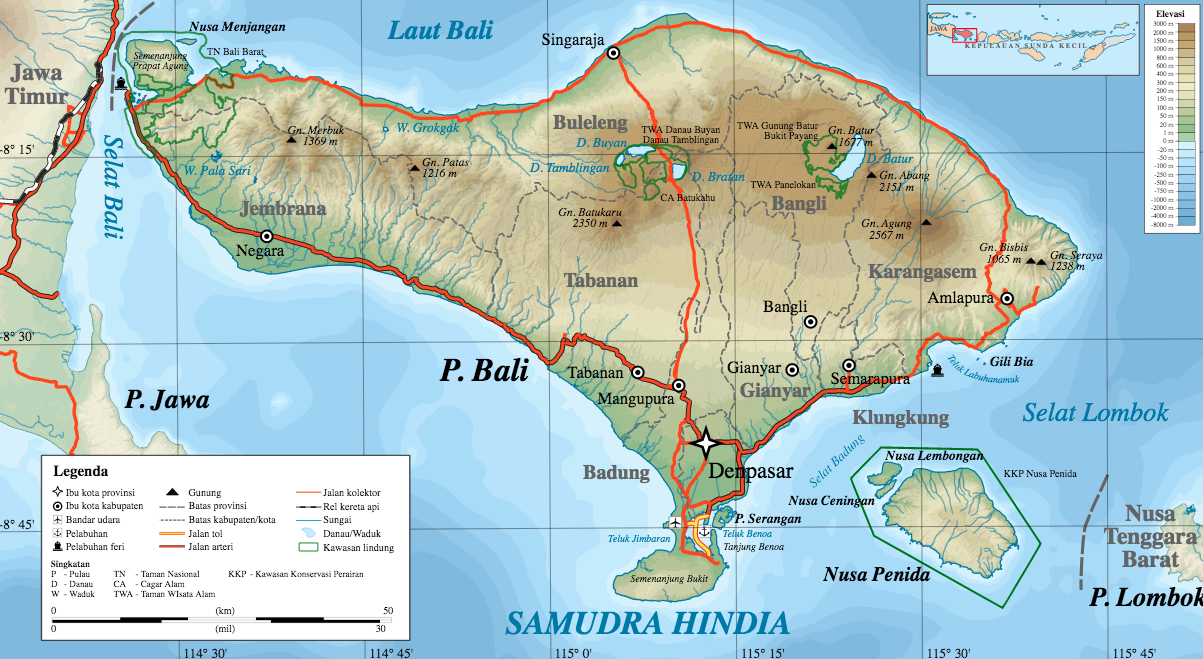 Bali s a province of Indonesia and the westernmost of the Lesser Sunda Islands. East of Java and west of Lombok, the province includes the island of Bali and a few smaller neighbouring islands, notably Nusa Penida, Nusa Lembongan, and Nusa Ceningan. The provincial capital, Denpasar, is the most populous city in the Lesser Sunda Islands and the second-largest, after Makassar, in Eastern Indonesia. The upland town of Ubud in Greater Denpasar is considered Bali's cultural centre. The province is Indonesia's main tourist destination, with a significant rise in tourism since the 1980s. Tourism-related business makes up 80% of its economy.

The largest city is the provincial capital, Denpasar, near the southern coast. Its population is around 725,000 (2020). Bali's second-largest city is the old colonial capital, Singaraja, which is located on the north coast and is home to around 150,000 people in 2020. Other important cities include the beach resort, Kuta, seminyak, which is practically part of Denpasar's urban area, and Ubud, situated at the north of Denpasar, is the island's cultural centre.